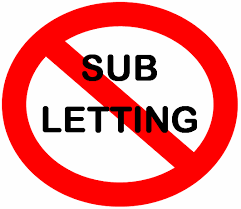 A ruling handed down in the Supreme Court of Victoria has tipped the scales in favour of property owners and landlords.
Landlord Catherine Swan successfully overturned a Victorian Civil Administrative Tribunal ruling that a tenant was not in breach of their lease by offering an entire property as a short-term rental through Airbnb, according to a release from the Supreme Court of Victoria.
Ms Swan rented her two-bedroom St Kilda apartment to tenants Barbara Uecker and Michael Greaves in August 2015 and later discovered that they had made a spare bedroom in the apartment available through Airbnb.
In January this year the entire apartment was made available for short-term rent through Airbnb and Ms Swan appealed to VCAT to evict the tenants on the grounds of breaching the lease with a sub-letting arrangement.
VCAT had previously dismissed the case on the basis that the Ms Uecker and Mr Greaves had granted ‘licences to occupy’ to Airbnb guests, rather than leases, meaning the tenants didn’t need permission from the landlord.
Ms Swan appealed the decision in the Supreme Court of Victoria and had it successfully put aside.
The Honourable Justice Clyde Croft said the Airbnb Agreement is properly to be characterised as a lease.
“It follows that their entering into this agreement is, having regard to their own tenancy of the apartment, a sub-lease,” Justice Croft said.
“Consequently, the respondents, the tenants, are in breach of the provisions of their lease of the apartment, namely, cl 54 of the ‘Additional Terms’, which does not permit sub-letting without the written authorisation from the landlord or the landlord’s agent.”
Justice Croft said the original move by Ms Swan to evict the tenants was valid and she should be granted possession of the property.